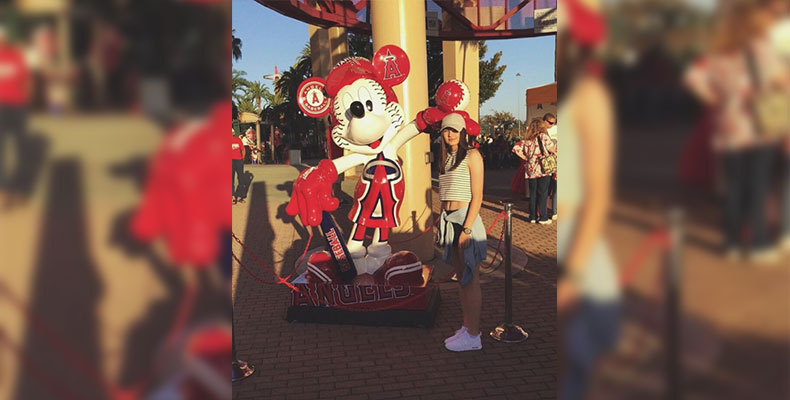 In 2015 I went to America with my family for a holiday. It was a go go go and that is my favourite type of holiday. The first 9 nights we spent at Disneyland Hotel in Anaheim. We had a 5 day hopper pass which allowed us to go from Disneyland Park to California Adventure Park for 5 days. Disneyland Hotel was spectacular and the parks… well they’re a world of their own. There was parades at each park and I can’t forget the world of colour show. Amazing! It is a show at paradise pier where they project song film clips and there is water with coloured lights projecting and moving to the beat of the song.

In between visiting the parks we also went on a seat in coach day tour around Los Angeles so we could go see the Hollywood sign, Santa Monica Pier, Hollywood walk of fame, the wax museum, Beverley Hills and heaps more! We also did a day trip to Universal Studios, which I highly recommend and also to Orange County.

After we finished in Los Angeles we were off to Las Vegas where we stayed in Caesars Palace. We were only there for 3 nights. In those days of being there we did Freemont Street and shopped around in the forum shops in Caesars Palace. We also visited a few other hotels and sat by the pool. Before we knew it we were flying back to Los Angeles to head home to Australia.